England has lots of ancient castles which form the character of the landscape. There are about a thousand in the country. The reason why so many lies in England is the fact that the island empire has not been occupied by foreign troops since 1066, so they were not conquered, nor destroyed. 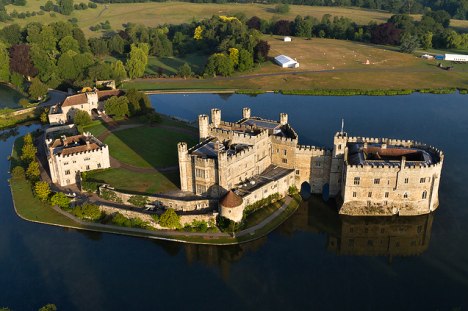 Photo licensed under the Creative Commons, created by Marc Evans

Among the most beautiful castles – not only in Britain but also in Europe – we can find the Leeds Castle in Kent, UK. It was built back in 1119 as a Norman fortress on the spot where the manor house stood already two hundred years before.

During its long existence, Leeds Castle served as the residence (also as the refuge) for the kings, deluxe residences for six medieval English Queens, exhibition of Henry VIII. and much more. The interesting is, that the castle was inhabited up to the 80′s of the last century. 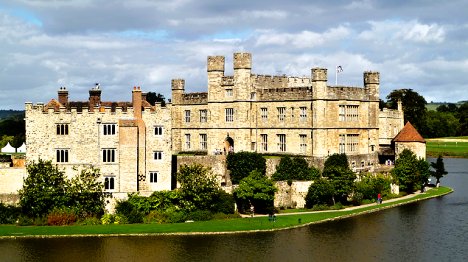 Photo licensed under the Creative Commons, created by Herry Lawford

The castle is surrounded by the massive walls which protect also a huge garden full of trees, shrubs and flowers. The romantic character is supplemented by the large moats, built long ago to hide the estate from the eyes of simple villagers.

Today, it has only an aesthetic function, as well as an aviaries, that are now a home for over a hundred endangered species of birds. Curiosity of the whole area is treacherous maze of hedges, with a sort of mound in the middle. 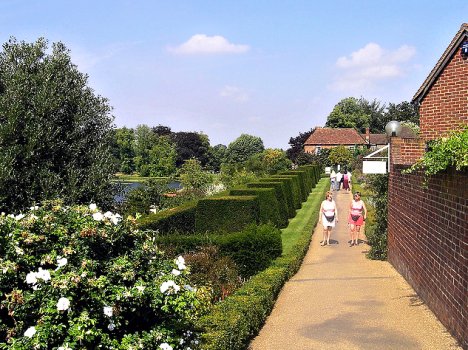 Photo licensed under the Creative Commons, created by gailf548

At the entrance, you will receive a card, with the important facts about the castle’s history and description of everything interesting regarding the castle rooms, including the authors of pictures etc. Although the current design was influenced by many minor changes and especially by the gradual expansion, the most of the internal equipment is original.

In Leeds Castle you can see – amongst others – the royal bedroom of Catherine of Valois, or a library and room of Lady Baillie. Also noteworthy is the restaurant named after Henry VIII., who frequently visited the castle. During a visit, you can also visit the Maiden’s Tower, which was built in Tudor times as the castle’s bakery and brewhouse beer. Now the premises of the Maiden’s Tower hold various exhibitions.

The only task of Leeds Castle is to impress every visitor and I’m sure that you will be impressed as well.