Aladzha Monastery is located about 15 km north of Varna and 4 km from Golden Sands. Its name comes from the Turkish word “colored”. It has a color associated with both the limestone rock in which the building was built, and apparently with colorful murals that emerged in the early Middle Ages, probably in the 13th century. 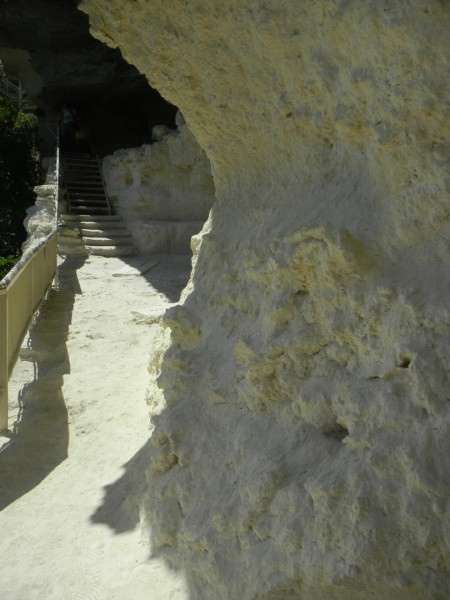 Photo licensed under the Creative Commons, created by Anvisuals

However already in the 5th century there was a Christian church standing on this place. During the Ottoman Empire domination, monastery (with church) was dissolved and overgrown with weeds. Just at the end of the 19th century it was discovered by two Czech archaeologists – Škorpil brothers.

Monks cells were carved into the limestone rocks and connected by corridors which create a three-storey complex. There were also kitchens, dining rooms, prayer rooms, simply everything what monks needed for their life. They lived here in celibacy and create their own world, away from civilization, so they could devote prayer and spiritual development.

The entire monastery was completely self-sufficient. With the surrounding monasteries the monks communicated by ringing the bell. Today you can ring on it during your visit. It is interesting that during the archaeological research of graves in the vicinity of the monastery, were found around 5 kg of gold objects. These historic gems can be seen in the Museum of Natural History in Varna.

In the forest park below the monastery is a small museum, where you can further see the Roman mosaics, Orthodox icons, photos, and models and drawings of the original appearance of the monastery. About 500 metres from the monastery (still in paid section) are other caves named as the catacombs.

Aladzha Monastery can be reached from Golden Sands or St. Constantine, both on foot or by taxi. The Varna is probably best to go either by bus to Golden Sands and the intersection before the golden sands. From there it is on the road about a mile up the hill. Serpentine is an interesting twist around a ravine with a stream.