Faro, situated in southern Portugal, has been the capital city of the province of Algarve since 1756. The city is not only a major port but also home to the university, the bishopric and an important industrial and commercial centre at the south of the country. Faro boasts rich cultural and historical monuments and above all a picturesque old quarter. 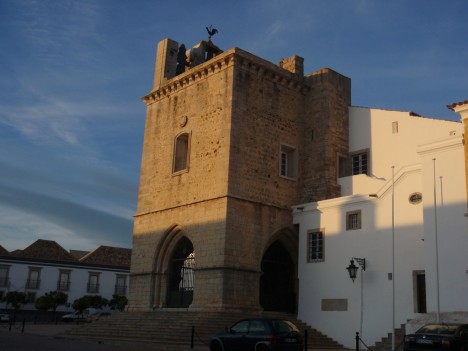 Photo licensed under the Creative Commons, created by Greg Pye

Faro was originally just a fishing village built by the Romans, who called it Ossonoba. In 1249, thanks to Alfonso III. was freed from the power of the Moors and became to prosper as a city. But in 1596 a city suffered a damaging blow, it was burned by the Earl of Essex, who was a great favorite of Queen Elizabeth I. And later, in 1755, it was damaged again during the massive earthquake. Although the remnants of ancient city walls managed to preserve until today, most of the beautiful buildings either did not outlast the destruction or have been largely damaged. So the buildings that you can see today in Faro, come mainly from the late 18th and 19th century.

Faro is now a beautiful coastal city protected by a low sandy islands Ilha de Culatra, Ilha da Barreta and Ilha da Faro. Unfortunately, many tourists pass Faro without stopping here, even though it has the largest number of cultural and historical monuments from all the towns in the Algarve region. Preserved old town center around the cathedral and behind the old city walls, definitely worth a visit.

The historical center of Faro can easily be explored on foot. It lies in a small bay and is partly surrounded by medieval walls. The old harbor area has arched entrance gate with a bell tower called Arco da Vila. This arch was built in the 19th century for Bishop Dom Francisco Gomes do Avelar, who has decided to rebuild the dilapidated city. Street behind it, paved with cobblestones, leads to a beautiful Largo da Sé Square, where you can see the cathedral. From the original Gothic cathedral from the 13th century, which was destroyed in 1596 by English forces led by the Earl of Essex, are preserved only unusual tower, covered porches and two inner chapels. The reconstruction of the cathedral took a long time, so it is now built both in Renaissance, and Baroque style.

Inside the cathedral you can see a huge pipe organ decorated with spectacular Chinese motifs. During festive occasions, there are playing Europe’s leading organists. The cathedral also houses one of the most important Algarve’s collections of sacred art from the 17th and 18th century. And its tower offers a beautiful view of the city.

On the square Largo da Sé is also a Bishop’s Palace Paço Episcopal. If you go through another stone arch in Arco Repouso, walk up to the church of São Francisco, which was built in the 18th century. It is decorated with tiles and scenes from the life of St. Francis. Further north, another church rises in Pé Nossa Senhora da Cruz, who is an exceptional oil paintings depicting episodes from Genesis.

In the monastery Convento de Nossa Senhora da Assunção (Monastery of Our Lady of the Assumption), which is the oldest Renaissance building in the Algarve, is probably the most beautiful cloister in southern Portugal, which was built in 1540 by Afonso Pires. The monastery was founded by Leonor, sister of Manuel I (king of Portugal). The monastery has been carefully restored and since 1973 houses a museum devoted to archeology where you can see the local archaeological finds. The collection includes also Roman, medieval and Manueline stone reliefs and sculptures. The main exhibit is a 2,000 year old Roman mosaic floor measuring 9 x 3 meters, showing a head of the god Neptune.

The most interesting church in Faro is Igreja do Carmo (Carmelite Church). It has an imposing facade with two towers and a beautiful gilded interior, but its biggest attraction is haunted Bone Chapel. Besides the Carmelite church from the 18th century is located another museum – Museo Marítimo exhibiting a small collection of marine exhibits, including model ships. You will see a flagship example of Vasco de Gama, which he used during his voyage to India. Plus you can learn here about the traditional methods of fishing on the coast of the Algarve.

The main artery of Faro is the elegant pedestrian street Rua de Santo António, which is full of shops, bars and restaurants. On the northeast of the city lies the Jewish cemetery, founded for the community, which was brought here by Marquis de Pombal in the 18th century.

About 7 kilometers from the town is a beach. The local coastline is attractive because it includes a number of small sandy islands with a unique nature reserve. In the vicinity of the bay is the Ria Formosa Natural Park, which is a favorite resting place for many species of migratory birds.