There comes a time when the hustle and bustle of Paris life, along with the inevitable overcrowding, long queues, traffic fumes and over-priced food and drink loses its appeal.

I mean…£8 for a coffee anyone? 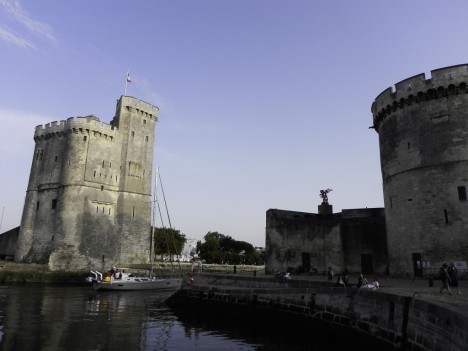 Photo licensed under the Creative Commons, created by GeekGrunge

But France has plenty more to offer the jaded traveller, and I’m going to show you how to put some joie back in your vivre.

France is the third largest country in Europe, with over 547,000 square kilometres to explore, outside of Paris you will feel like you have France to yourself. By car, you will find it safe, fast and really enjoyable if you keep off the auto routes and keep on the B roads.  Alternatively, you could take the train, using France’s super-fast TGV network. You could hop around the whole country in a fraction of the time.

Secret: the South of France is not the sunniest

The first region I am going to tell you about is the Poitou Charentes, with the regional capital of Poitiers. 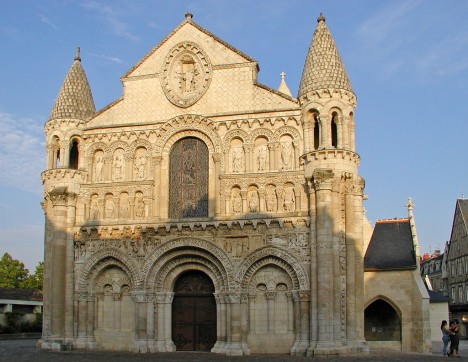 Photo licensed under the Creative Commons, created by sybarite48

This actually is the sunniest region in France, although not a lot of people know that! This is where you get those famous fields of sunflowers and lavender that you see on the postcards in souvenir shops in Paris!

It is famous for its coastal oyster beds, and the French themselves holiday here, stressed out Parisians in particular, holiday at the Ile de Rey or Ile d’Orelon. These are two beautiful islands just off the coast near La Rochelle, these are the perfect spots for beach life and cycling breaks.

Culinary treats are on offer at Rochefort, for their wonderful fromage, or the vineyards of Cognac should keep you well oiled for an afternoon or two!

Next door to this is the region of Aquitaine, most famous for its incredible natural coastal parks of sand dunes and big waves of the Atlantic Ocean, so the silver surfers among you will not be disappointed. It is a really popular spot for camping, as the camps are nestled in woods right next to the sea.

Or you can try Biarritz if your camping days are over, five star hotels and fantastic regional cuisine will await your arrival.

Aquitaine borders the Pyrenees mountain range, offering hikers and climbers plenty to do. The regional capital is Bordeaux, so is home to some of the finest wines known to humanity, so a bottle or two to take home is definitely recommended. 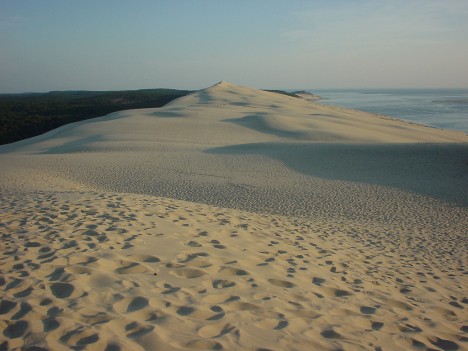 Photo licensed under the Creative Commons, created by Ryan Gsell

If the South of France is more alluring, but you don’t want the high prices and crowds, Languedoc-Roussillon will be much more your scene. It borders the easterly side of the Pyrenees, with Spain only a very short drive away, meaning the cuisine here is very fusion, with tapas and chorizo often found on the menu.

Fringed by the Mediterranean, the pace of life is slower. From here, the Canal du Midi winds its way from the south coast, all the way to Bordeaux, and offers the budding cyclist miles of hassle and car free cycling along the shady tree-lined avenues.

A must-see is the incredible town of Carcassonne, a town perched high on a hill top, preserved since mediaeval times – you will really feel like you are on a film set, but people actually still live in the town. 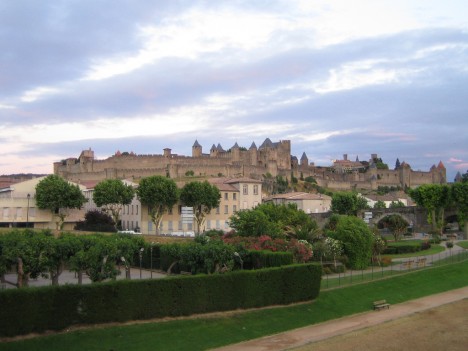 Photo licensed under the Creative Commons, created by Henri Sivonen

If a long journey puts you off, you could drive from the south of England over to Picardie in the north of France in just six hours, including the ferry ride that is!

History buffs will be fascinated by the Somme region and its bare, tree-less fields, a relic from the extensive bombardment it endured during the First World War. The war cemeteries are dotted all over the area, and serve as a reminder of the fallen soldiers.

If you are a pork lover, Picardie is the place for you! Sausages, hams and pates in every kind of variation can be found here. It is also a gastronomic centre for Maroilles cheese, and be careful of the locals brandishing the local calvados – that stuff is not for sissies!

Instead, stick to the local cider, made from the acres of apple orchards from the region.  If you get bored, it’s only a 2 hour train journey to Paris!

Please comment on your secret French finds, whether it be cities, towns or even cuisine dishes!

Kate Dawson is an appreciator of fine food and even nicer wines. She currently blogs for Optegra.  Their Clarivu procedure offers fast cataract surgery recovery times. Refractive surgery has never been easier or quicker.