Greece offers an array of opportunities to explore the country and the culture. There is food, arts, and festivals, but traveling to Greece can also offer an opportunity to explore various geographical features that vary widely within one country. It is not often that one may see such an array of land features all in one country that covers no more than 131,940 sq km (50,942 sq mi) and is roughly the size of Alabama in the United States. 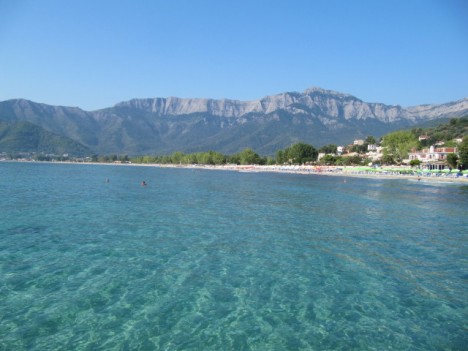 Photo licensed under the Creative Commons, created by Leonora Enking

Over 80% of Greece consists of mountains. It is one of the most mountainous regions in all of Europe, third only to Norway and Albania. It is located in South-Eastern Europe at the convergence of three continents, Europe, Asia, and Africa. What makes this country unique is the view of the sea from almost any mountain top. The mountains are not very high, the tallest being just less than 3,000 meters, but the sea is never more than 100 Km. Mount Olympus is the tallest mountain and contains over 52 peaks. It also is home to a variety of flora and fauna.

Greece offers a unique combination of largely mountainous regions, but also a peninsula. Peninsulas are characterized as being projected into a large body of water but connected to a mainland. Often a peninsula is surrounded by almost 75% water. Greece is located at the southern end of the Balkan Peninsula on the Peninsula of Haemus.  This peninsula is connected to the mainland by the canal of Corinth Isthmus.

Greece includes over 1600 islands and islets that are grouped into clusters. There are on 227 of the islands that are actually inhabited though. Five of the most popular and well known are: Crete, Rhodes, Corfu, the Dodecanese and the Cyclades. An entire vacation alone could be spent exploring this vast region of islands. Potentially the most famous is Crete. It is the largest island in Greece and fifth largest in the Mediterranean. It serves as a large tourist hub so much of the economy and business caters to travelers.  The other islands are lesser known than Crete but still have much too offer. With less tourism traffic it is possible to get around easier and more efficiently yet still enjoy the beauty and wonder of the Grecian islands. 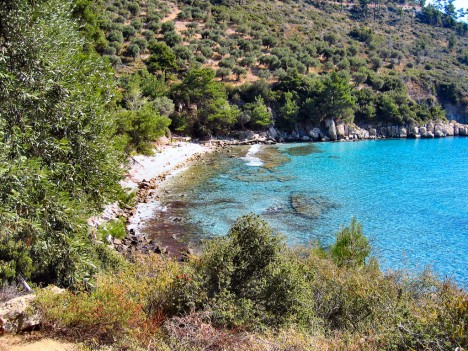 Photo licensed under the Creative Commons, created by Ronald Saunders

One significant hot spring has been the site of many battles of centuries due to its valuable location on the Balkan Peninsula that is a necessary passage route from the north to the south. This was the site where the Persians and Spartans battled and the oft repeated saying “Go tell it to the Spartans” was ignited.

Up to one quarter of the land area of Greece is covered by forests. They are considered to be of significant value to the natural landscape and tourism industry so they are widely protected. Housed within these forests are many national parks where afternoons picnicking can be a delightful treat. These parks tend to be located deep within valleys in between gorges so an afternoon dining provides quite a sight to see as well.

The landscape of Greece is truly amazing and you should definitely explore it yourself if you have the chance.  Villa holidays in Greece are ideal for people of all ages and with villas located throughout the country you can stay somewhere beautiful and unique depending on your tastes.